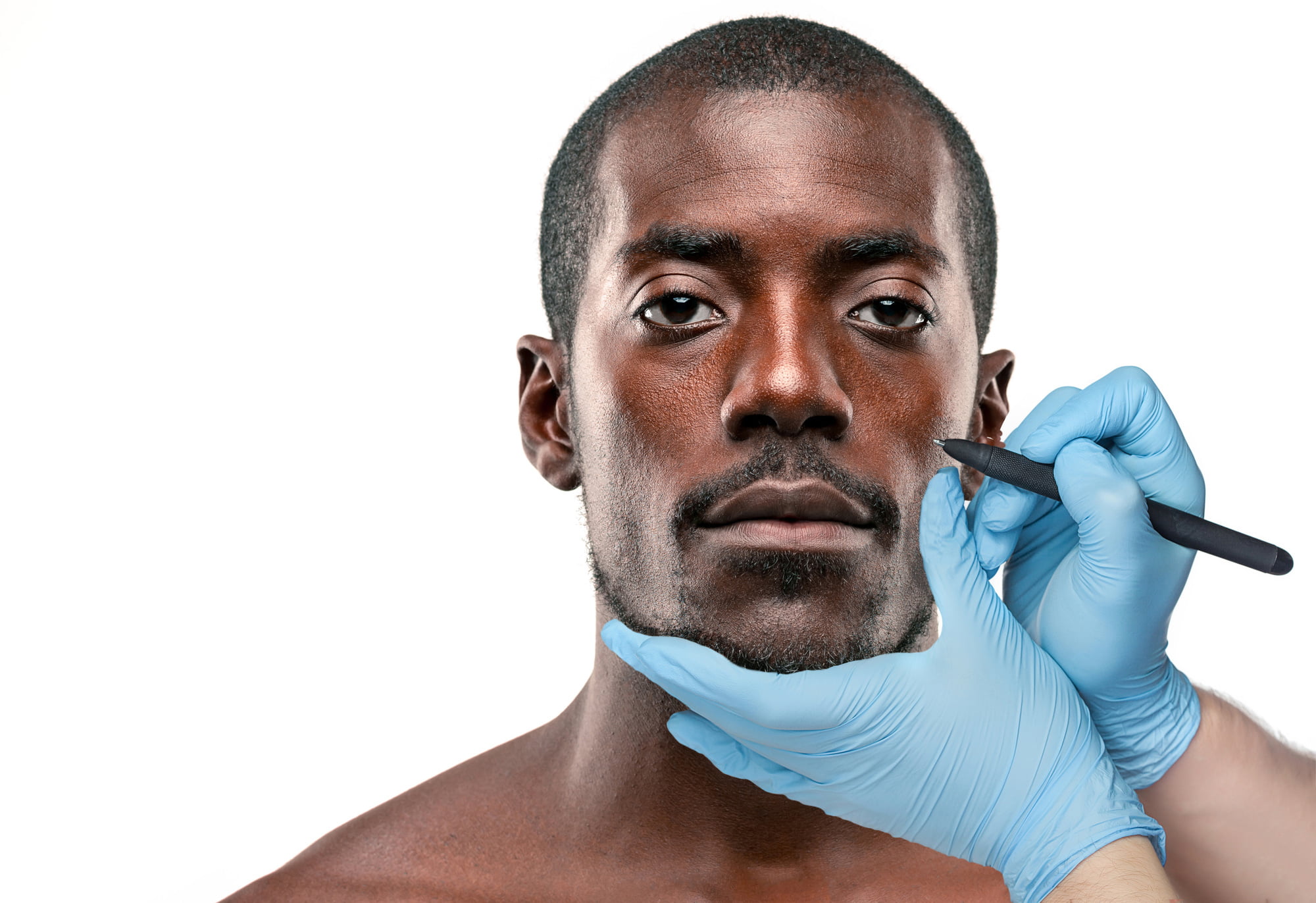 When you think of plastic surgery, you may picture the stereotypical female celebrity augmenting her breasts or plumping up her lips. In the past, plastic surgery has been dominated by women, as the concern over appearances and practice of cosmetic surgery was more accepted among women. Recently, though, men have been using plastic surgery much more often than before.

Plastic surgery for men has seen its most popular days ever. The reasons for this are plentiful, from the fact that professional success is linked to beauty to the fact that men care more about their appearance now than ever. The type of surgeries that men prefer, though, is obviously different from that of women.

Men go under the knife for various procedures, from liposuction to rhinoplasty. Here are the 6 most popular forms plastic surgery for men that we see today.

Blepharoplasty, or eyelid rejuvenation, is currently the most popular form of plastic surgery for men, according to the American Society of Plastic Surgeons (ASPS). While a blepharoplasty is not the first type of procedure you think of when you picture plastic surgery, it is very popular and useful for men all around the country.

The primary benefits of this surgery include the removal of bags under the eyes and the removal of fine lines around the eye, which both provide a more youthful look. On top of that, some patients even report improved vision from this surgery, as extra skin from the upper eyelid is removed.

There are many men who are reserved about telling the world that they’ve had work done on them. Luckily, blepharoplasty is a procedure that leaves minimal evidence and requires no more than a one night stay at the hospital.

More commonly known as a “neck lift”, a lower rhytidectomy can eliminate double chins, restore a strong jawline, and make the neck appear longer. All of these changes make a patient look significantly thinner from the face and restore many youthful qualities.

There are two types of neck lifts, a traditional and limited. A limited lift will remove less fat around the ear and will not have as big of an effect in the long term. For both forms of the lift, liposuction may be done to remove excess fat. Regardless of the type of life, this surgery requires two to four weeks of recovery time.

Rhinoplasty is among the most common forms of plastic surgery for men because there are many reasons to get one. While cosmetic purposes may be the primary reason for this surgery, some athletes need a nose job to correct a broken nose or to fix a breathing issue.

Rhinoplasties are one of the most common forms of plastic surgery for men and women, so they are offered by various different surgeons. The recovery for a rhinoplasty only lasts a few weeks, and many patients report improved sleeping and breathing once the surgery is done.

One of the most telling signs of physical attractiveness for men is having a strong jawline. That’s why a mentoplasty, or chin augmentation, is the 4th most common form of plastic surgery for men. A surgeon will create a small incision inside the mouth and below the chin, and will then sculpt tissue to add the implant.

This procedure will improve any evidence of a double chin and will give patients a more rugged, manly look. While mentoplasty is common, it can also come with risks, including numbness throughout the lower part of the face and long-lasting bruising.

There are also new forms of non-invasive surgery for chin augmentation. Although these procedures are more expensive, they are also typically less risky and can be easier to do, with the main focus of these treatments being the killing of fat cells.

No list of plastic surgery procedures would be complete without liposuction. With the widespread impact of obesity in America, liposuction has become a popular procedure. For many, liposuction is the first step in their weight loss process, and for others, it is a medical necessity to remove fat from their body.

Liposuction is done by adding a small incision in the desired area and inserting a small tube in order to remove any excess fatty tissue. Compression garments are then inserted to shape the body and to give a slimmer look and to reduce any swelling that may have occurred.

For men, the most common areas for liposuction are the abdomen and the flanks. Many doctors have also reported that young men are getting liposuction more than anyone else, in order to recover a younger, slimmer shape.

More than 50 million men around the US are affected by male pattern baldness and hair loss. In order to combat this, one of the most popular and effective methods that men take up is getting a hair transplant. Compared to all other methods, though, it is the only one that is guaranteed to work.

Unfortunately, only some patients can successfully have FUE performed on them. Regardless of which form you may choose, hair transplants are a very common surgery but are also very costly.

Are You A Male Needing Plastic Surgery?

With men paying increasing attention to their appearance for many reasons, the most popular forms of plastic surgery for men have been demanded more often than ever. While the procedures listed here are not the only forms of surgery men can go under, they are definitely the most popular.

If you feel you can benefit from learning more about plastic surgery or undergoing any procedures yourself, you’ve come to the right place. Be sure to contact us to schedule a free consultation to find out what kind of plastic surgery may be right to help you look your very best!

Please fill out form below to submit a consultation request. Let us know your preferred day/time and an Atlanta Face & Body consultant will confirm the next best available appointment for you! Now offering Virtual Consultations.

The August humidity may wreak havoc on your hair, but your glowing skin can outshine that frizz with our Filler Fri-Yay specials! Buy 40 units of Xeomin, get 10 free! Plus, buy one syringe, get one 30% off on Dermal Fillers!